The bail bonds industry as a whole is fraught with a number of rules, regulations, and laws that can make it difficult for clients to navigate and secure the release of a loved one. Without a little knowhow things can quickly go array.

Fortunately, a little awareness can go a long way. 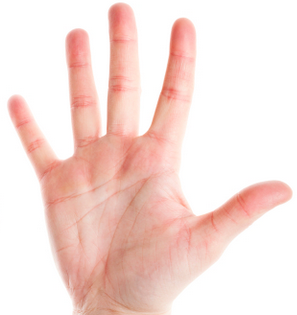 The following tips allow us to peer into an industry insider’s mind, as he imparts five little known ways to circumvent potential roadblocks when helping a loved one post bail.

1. No one is ‘required’ to post bail. Thanks 8th amendment!

The Bail bonds industry has been around since before the United States was formed. It is an indelible and protected right of all citizens as established in the first ten amendments, or the bill of rights. The eighth amendment, which prohibits the federal government from imposing excessive bail, means citizens are not required to post bail and can opt to remain in jail until their court appearances are satisfied.

2. Save yourself the trouble and choose the 2-hour free parking option.

Parking at the Orange County Jail is not cheap and the layout of the parking structure forces visitors to walk by a number of bail solicitors attempting to sell their services. Many of these bail solicitors work on high commissions and can be very aggressive. When visiting the Orange County Jail for any reason, prevent unnecessary hassle and park in the designed lot free of charge for up to two hours.

3. Inside the Orange County Jail walls is a no soliciting zone.

Any inmate within the Orange County Jail receiving calls or direct communication from other inmates to refer a bail bonds company is against the law. Some folks don’t realize that Bail bonds companies are forbidden from soliciting their services from inside the jail. The incarcerated defendant in the proper format is supposed to make their selection of bail company completely on their own.

4. Make sure a bail bond is required before you pay!

The premium for a bail bond is fully earned once a defendant is released from jail regardless of the duration of time that the defendant remains out of jail. There have been unfortunate circumstances where a defendant is released on bail, and is rearrested no less than 10 minutes later for an alternative charge. Other times, the District Attorney may not elect to press charges often causing the judge to exonerate the bail bond, only to have the District Attorney later elect to press charges requiring a new bail bond since the previous one had already been exonerated. Therefore, it is important to be absolutely certain that bail is the correct option for you.

Insulating yourself from agencies who don’t necessarily have your best interest in mind is easier when you have a little inside scoop. We hope these tips come in handy should you ever find yourself in need.

Sean Plotkin is the owner of Bail-Bonds.com, a family run business that has been assisting Santa Ana, Orange County, Los Angeles County, and San Bernardino County residents with their bail bond needs since 1958.