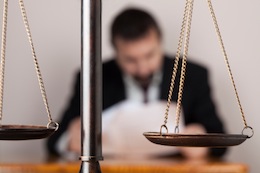 If you’ve ever needed bail bonds in Los Angeles, chances are very good that you’ve dealt with a privatized company led by an expert in the field. The bail bondsman is an integral part of the criminal justice system; you and your family can depend on these professionals for help after you’ve been arrested, charged with a crime, and arraigned. Without the assistance of private companies providing bail bonds, a large majority of defendants would be forced to remain incarcerated pending trial, since only a fraction of those released are able to post bail using cash assets or released on their own recognizance.

The premise behind a bail bondsman’s job is a simple one. Since very few defendants, especially those charged with more serious crimes, are able to post the full bail amount in cash, the bondsman steps in. Using a valuable asset such as a car or home as collateral, the defendant’s family or loved ones will guarantee the defendant will return to court when ordered, and the bondsman actually posts the cash needed for the defendant’s release. If the defendant does not show up for his court appearance, the collateral used to secure the bond is seized, and a warrant is issued for the defendant’s re-arrest. Either way, the bail bondsman usually takes a 10-15% fee on top of the bail amount for his services.

The private system works because it’s beneficial to everyone. It allows a much wider range of defendants to spend the months pending trial at home with their loved ones, rather than in jail. Without it, jails and prisons would become even more seriously overcrowded, draining essential resources that are already overtaxed. Release after arrest would be more dependant upon one’s socioeconomic state than it currently is, enhancing problems with class distinctions in America, and specifically within the criminal justice system. It also provides incentive for the accused to return to court to face the charges against him, when the alternative may mean losing the family home or a priceless possession.

In recent years, there’s been some debate over the state of bail bonds in Los Angeles. While many argue for a different type of system, one that relies on government-funded release programs and the dissolution of privatized bond companies, there hasn’t yet been a system developed that balances the benefit of release with accountability in the way that the current system does. There’s no doubt that a defendant should not be required to sit in jail simply because he lacks funds; for a majority of people, the current system works. Signature bonds are often offered for first time offenders and those not accused of a violent crime, and public defenders are often able to secure lower bail amounts for defendants without means. For those who are able to post bail in exchange for release, accountability is key, and the privatized bail bond system plays a huge role in the success of the criminal justice process.

AboutBail is the fastest way for you to find a local, qualified bail agent. Search by your location and you’ll find only trusted bail agents who have been pre-screened and vetted.
Find a Trusted Bail Agent Now