What Are My Rights During An Arrest? 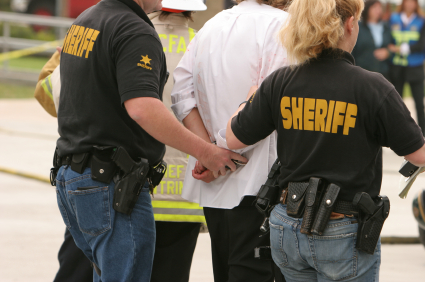 Everyone has heard the Miranda Warning on TV and in movies: “You have the right to remain silent. Anything you say can and will be used against you in a court of law. You have the right to speak to an attorney. If you cannot afford an attorney, one will be appointed to you.” But, what does all that really mean for someone who is in the process of being arrested?

Your Right to Remain Silent

Anyone who is being arrested has the right to not answer any questions asked of them while in police custody. In fact, the most intelligent way someone who has been arrested can proceed is to stay completely silent. Nothing anyone says in that scenario is going to get them out of those handcuffs and out of the back of that police car.

Though emotions are running high, people can only hurt themselves by talking to officers, and the officers know this. So, police officers can and will try to get anyone in their custody to speak in the hopes that they will slip up and say something that may be used as evidence. Simply not speaking is sufficient, but if the person in custody wants to really make their stance known, it is recommended that they tell the officers they would like to exercise their right to remain silent.

Your Right To An Attorney

At some point after a person is in custody and their Miranda rights are read, they will be questioned about the alleged crime for which they were arrested. In addition to exercising the right to remain silent, the person in custody may request to speak to a criminal defense attorney. If the arrestee makes this request, the interrogation must stop until the person has had a chance to speak to an attorney. Even if the person cannot afford one, one must be provided at some point for counsel prior to interrogation.

The arrestee must be careful, however. If after the interrogation stops the person begins talking at his or her own will, then any statement made may be used as evidence against them. An important thing to keep in mind during an arrest is that silence can never be used against anyone in proving they committed a crime.

To learn more about what to do if you or someone you know has been arrested, read our article on How Criminal Defense Works.

Search for a Criminal Attorney

If you need to hire a bail agent to get someone out of jail, you can search throughout the United States for a pre-screened bail agent with AboutBail's trusted network.