What If The Person I Bailed Out Doesn't Show Up In Court?

If you are reading this, you have probably either bailed someone out of jail or are considering doing so. There are probably two main questions you have before making a decision like this. First and foremost is what happens to the person if you choose not to bail them out. The second consideration is what happens to the money you post on their behalf if they decide not to show up in court.

What If I Choose Not To Bail Them Out?

The answer to this question depends entirely on their location. Small community detention centers--often located in police stations--have limited space and don’t generally keep inmates much longer than a day. They may get transferred to another facility the day after or several days after. One thing that is almost guaranteed is that the facility they get transferred to is much less pleasant than even the holding cell that they are currently in. You can call the booking officer and ask them what is in store for your accused friend or family member if you decline to post bail.

What If They Don’t Show Up For Their Court Dates?

Let’s say you have some valid concerns about whether or not the person you are considering bailing out will fail to appear at their court date. You probably want to know your risks. In the event of a skipped court appearance, the bail bond is said to be in default.  Now you are at risk of losing all the money you put up to get your friend or family member out of jail. You are also at risk of losing the collateral you used to secure the bond, which could be your house, car or other possessions. There are a few options to remedy the issue, though they vary from state to state.

In most states, the court will send a notice to the bail bond agency letting them know the accused has failed to appear at court and that the bond is now in default. There is generally a grace period to make things right, but it is given at the discretion of the court, which may not be so lenient depending on the history of the accused. A bench warrant will then be issued for their arrest. 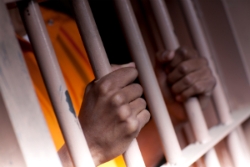 Often, there will be a statutory period of time--usually around 90 days--where you will be able to turn the accused in to get your bond out of default status. This usually simply involves bringing the person who skipped their court date to the police and filling out some paperwork that will notify the court the person has been returned.  Alternatively, if the person happens to be arrested pursuant to the bench warrant, then you can go through the same process to request your bond to be taken out of default.

If the state you reside in allows it you have the option of hiring a fugitive recovery agent, more commonly known as a bounty hunter, to track down the defendant and return them to custody. This will have the same practical effect as if they were arrested pursuant to the bench warrant and you will have to fill out the applicable paper work to take your bond out of default.

Unfortunately, if all of the above fails, the cash or collateral you put up for your friend will be forfeited to the court and you will not see one penny returned, no matter the circumstances.

If you need to hire a bail agent, you can search throughout the United States for a pre-screened bail agent with AboutBail's trusted network.