What Bail Agents Can Expect at PBUS 2012 - Las Vegas 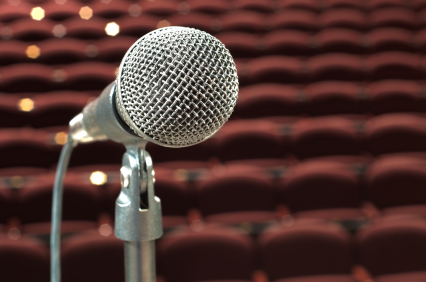 On February 20th bail agents from across the country will head to Las Vegas for the 2012 Professional Bail Agents of the United States (PBUS) winter conference. With this year's elections, educational opportunities, and the controversial legislation that is always threatening the bail industry there are many reasons for agents to attend. AboutBail spoke with PBUS CEO and Executive Director Melanie Ledgerwood for more details on the event and why it’s important for all bail agents to attend.

"It's an important conference because we're having elections for a new Executive Board and Board of Directors," Ledgerwood says. "At the conference, bail agents can cast votes and shape the direction and focus that PBUS will have for the next two years." With the opportunity to rework strategies and set new goals, elections are an exciting and important time for bail agents to be involved. "Those who are elected will guide members for two years. It's a new start, a new initiative that [PBUS members] can get involved in."

Ledgerwood notes that specific goals will be set after the elections. "Once the new board is elected they will help strategize and streamline what we're working on and decide what we need to do." The newly-elected Executive Board and Board of Directors will be introduced during the Savoy breakfast from 9:30- 11:30 a.m. on Thursday at the conference.

Agents should also plan to attend the association meeting to interact with other professionals and stay informed. "[The winter conference] gives members an opportunity to network with their colleagues from across the nation," Ledgerwood explains. "Agents can find out what's happening in the bail industry within each state."

Though Las Vegas bail agents might not be concerned with what's going on with bail in Texas, a good indicator of future issues in one state is current issues in another. Working with agents from other areas can help the industry unite to fight legislation and establish the best ways to shed positive light on the profession.

Ledgerwood stresses that joining together is crucial to combat legislation. "With the bail industry under increasing attack from tax-payer-based programs it's important that we present a unified voice when promoting the bail industry." Joining with colleagues and agents who are currently fighting legislation can help set precedent for future battles against programs like pre-trial release as an industry.

Bail agents can also expect to learn a lot at the winter conference. "We have our Certified Bail Agent classes this year which includes six available classes," Ledgerwood says. "We have a lot of exhibitors, board members and other trainers giving sessions on bail-related products and services."

Other speakers will educate on a variety of topics. "There's anything from using databases for fugitive recovery to skip tracing and internet marketing," Ledgerwood says. "We also have classes on bail agent marketing and how to reach out using social media to promote business and the bail industry itself." In addition to these topics, three new speakers include the Honorable Judge McBain, an experienced judge and former prosecutor who will outline why he supports private bail. Dennis Bartlett will discuss legislation and what key initiatives the bail industry is working toward, and Ed Taylor will speak about Internet marketing.

AboutBail will attend the conference and present Getting More Business With Google on Tuesday from 8:30-9:30 a.m. We will also be interviewing agents throughout the conference, so be sure to stop by the AboutBail booth.

With a spike in membership, PBUS is happy to see current goals coming into fruition. "We're working on increasing membership and awareness nation-wide," Ledgerwood says. The conference will be a first for many new members, and Ledgerwood appears optimistic about what the association can accomplish in the future years. "We want more networking with related associations across the country," she responds when asked about her personal goals for the association, "and better awarenesss from members of the bail industry."