A recent approval by the Wisconsin Legislature’s committee means that private bail could return to the state after being banned for 36 years. The return would come in the form of a five-year commercial pilot program that would reintroduce private bail in five counties: Milwaukee, Waukesha, Racine, Kenosha, and Dane. 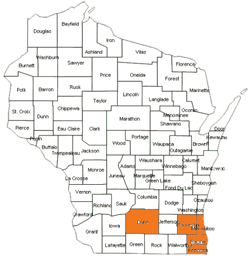 Commercial bail would be expanded to statewide in 2018

Bail agents would need to meet requirements and pay a $1,000 licensing fee.

A poll on The Journal Times reveals that the majority of participants (48.7%) believe private bail should be returned to Wisconsin, while 40 percent disagree and 11 percent are undecided. The article states that the program would expand statewide after five years, and that county clerks would be required to produce reports on bail agency operations six months before the expansion. Bail bond agents would need to meet licensing requirements and pay a $1,000 licensing fee. They would be able to charge defendants 10 percent.

Previous attempts to restore private bail in Wisconsin have failed. It was eliminated from the state in 1979.

“The reintroduction of commercial bail, integrated with pretrial assessments and services, would create a valuable option to prevent failure to appear while protecting the financial and public safety interests of Wisconsin,” an article on The Wisconsin Policy Research Institute website states. “Commercial bail agents are able to be more effective than courts at creating and following through on measures to prevent failure to appear because they have the time and resources to devote to it.” The article also notes the return of commercial bail to Philadelphia as an instructive case study, as commercial bail provided a useful alternative in an ineffective pretrial release system. In addition, because commercial bail was being reintroduced, the jurisdiction was able to design regulations and licensure requirements that would be most likely to reduce failure to appear rates.

The commercial bail program would work in tandem with pretrial assessments and services and other existing programs.

An article on the State Bar of Wisconsin Website shares that Jeffrey Kremers, chief judge for the Milwaukee County Circuit Court, noted that every judge on Milwaukee’s 48-judge bench has opposed the return of commercial bail. It’s also being reported that commercial bail will be utilized at the discretion of each judge.

The motion was approved by a 12-4 vote. It’s not clear what the next step is, but seems likely that commercial bail will be returning to Wisconsin sometime this year.