Editor's note: This article was written by an industry professional and guest contributor. The views and opinions in this article are of the author and do not reflect the views of AboutBail. If you are interested in becoming a guest contributor, send an email to [email protected]

The British government is gearing up to introduce a new immigration system that would see visitors paying a “security bond” or deposit, to ensure they follow the guidelines of their visas. The proposal has been announced by Deputy Prime Minister Nick Clegg, and it is supported by Home Secretary Theresa May. 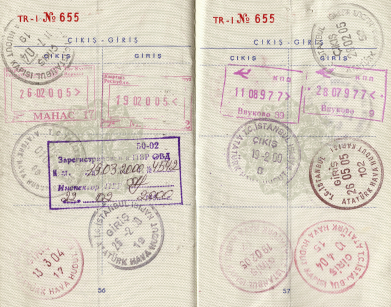 Foreigners will be required to pay bail-like bonds or security deposits in excess of thousands of pounds. The idea is to discourage individuals from remaining in the country illegally once their visas expire.

Clegg had the following to say about the new system.

In certain cases, when a visa applicant is coming from a high risk country, in addition to satisfying the normal criteria, UKBA (UK Border Agency) would be able to request a deposit - a kind of cash guarantee. Once the visitor leaves Britain, the bond will be repaid.

Unfortunately, there’s no specific definition of the term “high risk,” though May says a pilot is in order to test the waters, so to speak.

We're planning a pilot that focuses on over-stayers and examines a couple of different ways of applying bonds. The pilot will apply to visitor visas, but if the scheme is successful we'd like to be able to apply it on an intelligence-led basis on any visa route and any country.

We now know that the pilot will be operating in India, Bangladesh, Sri Lanka, Pakistan, Nigeria and Ghana.

This is the next step in making sure our immigration system is more selective, bringing down net migration from the hundreds of thousands to the tens of thousands while still welcoming the brightest and the best to Britain. In the long run we're interested in a system of bonds that deters overstaying and recovers costs if a foreign national has used our public services.

If the system works, it will cut down on the number of visitors overstaying their welcome, thus reaping benefits that should otherwise be going to actual citizens of the country. It’s important to note, that this system currently looks to be in its infancy which means it could disappear altogether without the proper support.

We're planning a pilot that focuses on over-stayers and examines a couple of different ways of applying bonds. The pilot will apply to visitor visas, but if the scheme is successful we'd like to be able to apply it on an intelligence-led basis on any visa route and any country.

May says that not everyone will be required to pony up the cash for a security bond, however.

The pilot will be highly selective and focused on the highest risk applicants - we will not require all visitors from the selected pilot countries to pay a bond.

The announcement and introduction of the system certainly caused an outcry, especially from Indians who were worried about paying the cash bond. Most of these people don’t have the means for this, according to estimation software. Not everyone will be responsible or incur the fee, instead it will apply only to those with high risk profiles showing the most potential for remaining in the country [illegally] once their visa expires. The price of the bond will be £3000 (Rs 2.7 lakh) for an adult, but it is not applicable to individuals below the age of 18. The pilot scheme will run for 12 months total, starting in November of this year. Chairman of the Home Affairs Select Committee, Keith Vaz is none too pleasedwith the system. He believes that there are a lot of issues with it, and that it won’t work as planned.

There are a number of holes in the home secretary's pilot. If this is to be workable she must have a proper consultation. She said she wants to deter over-stayers, yet with the mess that is E-Borders there is currently no way to monitor if people actually leave the country. The bond level of £3000 is completely unrealistic. If somebody was determined to work here illegally this could be earned back in a matter of months.

Whatever happens, we’ll know soon enough. November is just around the corner, after all.

Courtney Gordner is a journalist/blogger who has a passion for internet marketing. She enjoys writing her advice for a variety of companies from bail agencies to treatment centers, including 12 Keys Rehab.