How Bail Agencies Can Keep Up With Their Competitors

Editor's Note: This article was written by an industry professional and guest contributor. The views and opinions in this article are of the author and do not reflect the views of AboutBail. If you are interested in becoming a guest contributor, send an email to [email protected] 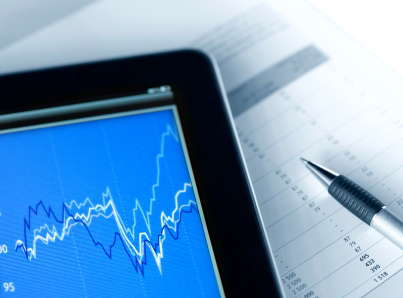 Similar to businesses in many industries, bail agencies will always have competition. After all, bail bondsmen make their living by working with accused persons, which there will never be a shortage of. There will always be accused parties in need of bail agencies, a prospect that makes the industry far from untapped. Your locality is likely to have at least one bail agency nearby. In more populated areas, there tend to be several.

Not every business has a Wikipedia entry detailing their history. As a result, it’s up to you to find out a competitor’s past. Google News is a great resource for finding past articles from a wide variety of publications. With this, you can look up information such as a competing bail agency’s upper-level management shifts or recent service implementations.

If your bail agency’s advertising campaign is struggling to reach its target demographic, then studying the ad campaigns of competitors can inspire some ideas. Local newspapers, television commercials, radio spots and billboards are just a few areas to look. A competitor's ads can help a bail agency better determine how to market their services.

Bail agencies typically have difficulty with social media campaigns, primarily because the notion of bail bonds is not appealing for most. However, some agencies have succeeded by posting and commenting on news relevant to the legal or bail bonds industries. If you notice that a competing bail agency has a successful social media strategy and a significant following, take note of its social media campaign. Echoing or culling ideas from their campaign has the ability to net new leads for your agency.

The last thing a bail agency wants to do is come across as immature, especially since a bail bondsman is responsible for a rather delicate legal service. As a result, make sure to never bad-mouth a competitor, even if the criticism is valid. Keep the criticisms to yourself, instead using them productively to map out a better marketing plan. If they don’t do something well, then it’s good for you. There’s no need to gloat about it to clients or on social media.

By using the strategies above, bail agencies can keep up with the business tactics, advertising campaigns, and public perception of competing bail agencies. This information can be extremely useful for your bail agency to use in acquiring new leads and establishing a superior overall presence to your competitor.

Courtney Gordner is a journalist/blogger who has a passion for Internet marketing. This article was written on behalf of D&P Personal Injury Attorneys.