You can learn about the other side of this transaction here: Selling My Bail Bond Business. 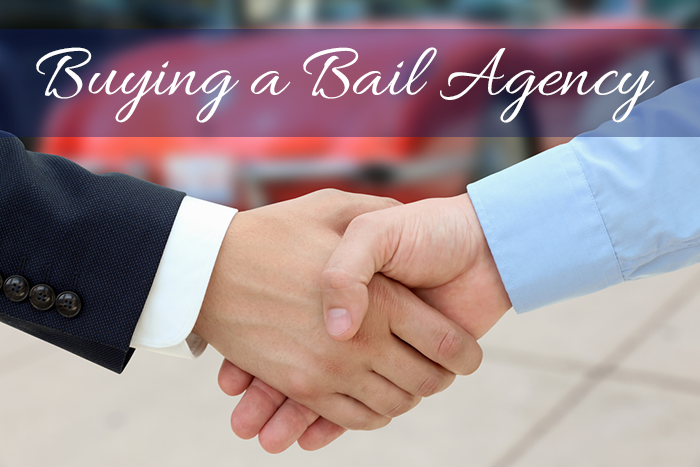 Congratulations!  You have made the decision to be your own boss, but what does this mean exactly?  Does it mean you are starting your own bail bond business or you are purchasing one?  Either way the experience will be life-changing!

Unlike a traditional business, a bail bond business has some additional considerations which most would not even take into account if the business was of a different nature.

As a bail bondsman who has worked in the industry for others I found myself wanting more out of my career.  I didn’t show up for work each day just to collect a paycheck, I found myself getting involved in not only the day to day operations but also the marketing of the business.  Eventually I decided I had hit a cross road where I either needed to leave my current job to start my own bail bond business or purchase the business I had been working for so many years.  The answer was not easy and certainly not a quick decision.

Starting my own bail bond business – in Central Florida the market has long time competition and is sprawling in geography.  I had to consider which jail and county would be my “sweet spot” for revenue.  Of course, I could post bail from other jails but where would be my “bread and butter” for clientele?  A tough decision when you have a sprawling market the size of Central Florida.  Another consideration was the jails itself, how easy was each one to work with?  How was my rapport with each one, any jail better than another?  These were my initial thoughts that I considered the first hurdles to starting my own bail bond business.    Once I selected my market within Central Florida I considered which “street corner” would I set up shop?  How much rent was I willing to pay and where was the competition?  Right across the street?  I was not scared of competitors but did I purposely want to go head to head with a long-time bail bondsman in the area when I was the new kid on the block?

It took some time to work through these thought processes then figure out man-power and whom was I going to hire?  Time progressed and my mind began to consider the marketing of my new business and I began to question myself about my credentials to market myself let alone a new business.  I found myself asking “how do you market a business?  How do I market myself as a bail bondsman?”  I thought I could purchase an advertisement in the phone book, maybe buy an online ad or a bill board but all of that would add up financially and would I get a return?  As I continued to work each day with my current bail bond employer business was coming in right and left, the word of mouth marketing was in place and the fact that I was working for the oldest bail company in Central Florida added to the success of my employer.

I continued to weigh the option of leaving and starting my own bail business.  I had dreamed about the flexibility I would have to do the marketing, make hiring decisions, make decisions about office protocol and how the business was managed.  Over the months I was excited about the possibilities ahead of me, however, I began to question if starting my own bail bond business was in my best interest.  I am not an entrepreneur at heart, I didn’t know anything about marketing, and what did I enjoy most about my job?  Was it managing the office, the hiring or coming up with a cool concept to get repeat clients?  While my mind was running with these grand visions, a unique opportunity presented itself with my current employer.  He was looking to sell his Orlando location and move across the state to start a new bail bond business.

After months of stressing about starting my own bail business I almost immediately jumped at the option of buying an existing, established business.  The location, the marketing, the employees, the book of business was already there.  It was like I had the opportunity to purchase a finished sports car and all I had to do was get in and drive, change the oil, maintain the fuel and fluid levels.  Along with an established book of business, there also came an established website that was attracting new clients daily.

What would this cost me to buy?  Is there owner financing?  What are the terms?  Would I be eligible for  a bank loan?  Would the employees stay?  Can I keep the name?  Can I keep the website?  And the list continued….

I was somewhat relieved at this opportunity because the “sports car” had now arrived and all I had to do was get in and drive!  For me, purchasing an established business certainly had its plusses.  The book of business was already there, the marketing had already been done so I would just pick up and continue, as opposed to start from scratch.

As I weighed the options between starting my own business or purchasing an established business that I knew extremely well, it became clear the direction I needed to take.  Over the course of 12 months I worked with the owner to purchase the business from him.  Once we worked through the financials and the legal paperwork to make it official, the keys to “my new sports car” were handed to me and I couldn’t have been happier!

For many people owning a business has various meanings.  For some, they want to be involved day to day in all business operations, while others want to have a limited involvement.  Whatever your approach I highly recommend careful thought and consideration be taken when weighing the options between starting your own bail bond business or buying an established one.  My best advice would be to know your strengths and what do you enjoy most about the bail bond business.  Don’t waste your time doing things you don’t like to do.  If you have the capital, then hire it done or outsource it.  As 2017 approaches, it may be time for you to make a change in your life.  If this is your time, then proceed but exercise extreme CAUTION!

You can learn about the other side of this transaction here: Selling My Bail Bond Business.