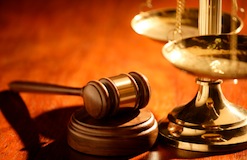 Bail agents provide a valuable service to the community by making sure arrestees attend their court hearings and by alleviating jail overcrowding. In theory, this should give them the right to set up shop in areas where they can be more exposed to potential customers. Unfortunately, this isn't the case in many areas where zoning laws have alienated bail agents by preventing them from opening storefronts in certain areas.

While it's often a long and hard process to change zoning laws, we're going to express optimism in this article and say that bail agents can successfully fight zoning laws with the right approach and a strong sense of determination. After all, you never know until you try!

If you're being prevented from opening an office in the location that would be good for your business, here are some steps you can take to fight the zoning laws in your area.

1. Educate the community and the local government
We don't have to tell you that bail agents are a misunderstood group. Similar to Rodney Dangerfield, they get no respect. After proving year after year that the bail system relieves jail overcrowding and ensures court appearances, bail agents still are often viewed as lower-class business people.

One of the best ways to shift perceptions of the local bail professional is to educate the local citizens and government about the benefits of private bail, and why you should be allowed to operate just the same as any business. Demonstrate that having your business there will not contribute to the crime problem. The truth is that your business is just as upstanding as the next. You have employees, you have an office, you have clients, you are professional, you are accountable. You deserve to be included in the city's areas that have more traffic.

To prove your point, be visible in the community. Speak at city meetings, hand out brochures talking about importance of private bail, get involved in the community and more. Chances are that most people have never talked with a bail agent, so they need a chance to see that you're just as upstanding as the next business person.

2. Get to know what you're up against
Find out exactly what issues the local population has with bail agents that is causing their intolerance. Sometimes it's as simple as some people not wanting huge bail signs being put up. Discover what problems they have specifically so you can adapt your approach or possibly make some concessions. This could lead to some fruitful negotiations where both sides can walk away satisfied.

3. Unite local bail agents for a campaign
Rally other bail agents to band together and have a louder voice. Time has proven that larger groups have a better chance of prevailing in matters similar to this. State and national associations are a great place to start your campaign.

4. Get expert guidance
Make sure you work with a knowledgeable local attorney who is familiar with zoning laws. The attorney will be skilled at examining current laws and looking at precedents from other states to prove your right operate a business within a certain zone. Again, don't be afraid to approach state and national associations for guidance and support.

5. Put yourself in front of the decision-makers
Regularly attend city council and zoning board meetings to voice your opinion. Pay attention to the dates of upcoming public hearings about zoning law change proposals so you can be prepared to make a speech. If you're part of a group aiming to fight the laws, let the person who is most polished be the speaker, and make sure they're prepared to present a strong argument and answer any follow-up questions. If you're the speaker, read some public speaking books and study how politicians are able to be convincing and effective. Sometimes confidence and a high-quality speech are all it takes to change people's minds.

6. Become one of the decision-makers
You can always try to run for election to the area's zoning board. As an elected board member, you'll have more influence from within and more of a chance to voice your opinion.

7. Don't give up
If you lose and have to appeal, make sure that you first analyze the reasons for the first defeat. Make sure you fortify the weak areas in your argument, bring extra supporting evidence, and focus on a different angle of the zoning laws if necessary. It may even come down to filing a lawsuit to fight proposed changes or appeal a zoning change decision. This is where your determination can pay off.

Conclusion
Waging a battle against anti-bail agency zoning laws is a tough proposition without a guaranteed victory. With a never-say-die attitude, some tact, and a firm commitment to changing people's minds about the bail industry, bail agents have a fighting chance of defeating harsh proposed zoning laws.