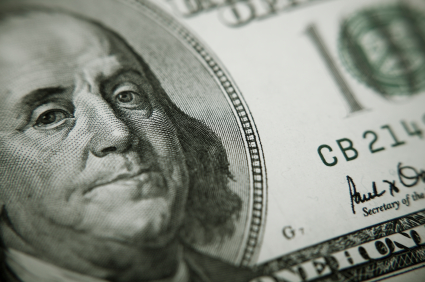 Editor’s Note:  The information for this article was compiled through extensive research, however, it is not guaranteed that the selected amounts are actually the highest U.S. bail amounts.

With the year coming to a close, AboutBail compiled a list of the highest bail amounts of 2011. A variety of individuals are on the list, including a babysitter, a gang member, a pediatrician and the former head of the International Monetary Fund. Check out the amounts, the crimes, and the details, and let us know if you think the bail amounts match the crimes.

Bonilla was arrested when it was discovered during a traffic violation stop that there was an outstanding warrant for his arrest. He tried to flee, but was caught and found to have two loaded handguns.

The 19-year-old Glendale, California man was arrested for sexually assaulting two brothers, ages 8 and 3, while babysitting.

The accusations were revealed when the victim’s mother decided to talk to her children in light of the Penn State molestation scandal. She did not suspect the babysitter when she decided to talk to the children, and simply wanted to raise awareness.

The Chicago, Illinois man, who allegedly helped another man murder his father, was later held without bail when it was discovered that he had violated his probation.

Green reportedly was contacted by Mathew Nellessen, whom he had met while in jail. According to reports, he helped bound and gag Nellessen’s father, who was later killed by a blow to the head.

The Chicago, Illinois man reportedly stabbed three people at a Walmart, and was held on charged of attempted murder and aggravated assault.

Allegedly under the influence of narcotics, he entered the Walmart with a nine inch butcher’s knife and stabbed three people, including a 40 year old woman and a 66 year old employee, as well as another employee who wrestled him to the ground.

The Knoxville, Tennessee man allegedly murdered a pawn shop employee. He was held under charges of theft of over $500, aggravated assault, felony murder and first degree murder.

Greene reportedly asked to see an unloaded shotgun, loaded it with ammo he had brought with him, and shot the employee. Another employee shot and wounded him, and he was taken to the hospital where he stayed until being transferred to jail.

The Fayette County, Indiana man was originally arrested for armed robbery, and received a high bail amount because the court thought he was a flight risk.

Prosecutors said that a wig, glasses, and mustache he allegedly wore while attempting to rob a CVS were found in the home where he was staying.  Blood-spattered clothing, a gun that may have been used to murder five people, one of the victim’s cell phones, and shoes that matched the prints were also found at the scene.

The 19-year-old of Lakewood, New Jersey allegedly killed a police officer with three point-blank shots to the head when approached for questioning.

Police had been looking for Crockam due to a warrant for his arrest issued for an illegal rifle and hollow-point bullets that were discovered in a private residence linked to him.  It is not clear, however, whether or not Crockam or the police officer knew about the warrant at the time of the murder.

The Minnesota man and his son murdered a man after an disagreement over hired work.

Huber claimed to have been hired by the man to complete various farm chores while he was out of town. The man instructed Huber and his son to move their machinery and leave the property, but they came back the next morning with a 303 British Enfield rifle. Huber shot the unarmed man in the chest and left the farm.

Huber returned that evening to complete the chores and called 911 to alert the authorities that he had killed someone.

The French national and former head of the International Monetary Fund was arrested on a plane set to take off for France. He was held on counts of attempted rape, sexual abuse, forcible touching, unlawful imprisonment and a criminal sex act.

He allegedly attacked a Manhattan housekeeper who later picked him out of a line-up.

Because he was considered a flight risk, he was required to pay $1 million cash and post a $5 million bond to guarantee his appearance at trial, which were secured in cash by his wife. Under the terms of his bond he had to submit to 24 hour home detention under the watch of an armed guard.

Clark allegedly kidnapped, gagged, bound, and assaulted a 45-year-old-woman whom he had met at a bar. It was reported that he threatened to kill the woman during the attack and was armed with knives and a pistol.

The bail amount was set high due to a previous sexual offense conviction in Texas.

Victims were allegedly sedated and blindfolded during the assaults and secretly videotaped while naked in his office. They were reported to be as young as 11.

His bail was originally set at $3.5 million, and he did not post bond because his assets were reportedly frozen by prosecutors.

The Illinois woman was charged with first-degree murder along with five counts of attempted murder.

After her brother was inolved in an altercation at a football game gunshots were reported near the family's home although there were no injuries.

Elkins allegedly decided to retaliate and drove around the neighborhood until she found the people responsible and fired several shots. She hit the teenage victim once in the back of the neck, killing him.

Other cases that didn't make the list included murder-for-hire and shooting at drivers from an overpass, both of which received bail amounts of $2 million. The "Cupcake Caper" thief was held on a $1.5 million bond.  Plane theft, torture and aggravated mayhem, and a former WWE wrestler's repeated DUI trouble warranted bonds of $1 million.  There's a variety of charges and amounts.  Do you think the bail amounts are high, low, or exactly what they should be?