However, not all body armor is the same! There are both covert and overt styles of bullet and stab proof vests; each of these styles has various types of vest which are graded with protection levels by the NIJ (National Institute for Justice). 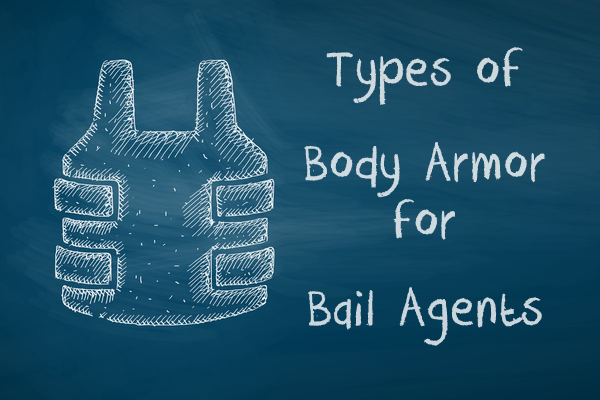 The testing undergone by the National Institute of Justice is largely considered to be the best in the world, and it is crucial that any body armor meets these standards. The levels set concern the size and strength of ammunition used in testing; a Level IIa vest, for example, can stop 9mm and .357 rounds, whereas a vest or plate at Level IV (the highest available level) can stop 7.62x51mm NATO rounds, even in the armor-piercing variant. Each level also incorporates all ammunition listed at lower levels, so a Level IV vest can protect against the same threats as a Level IIa.

While it may therefore seem prudent to simply have the highest level of protection possible, it is better to have protection appropriate for your situation. Just as a low level vest will be inadequate in a situation involving high calibre weaponry, for most bounty hunters the weight and bulk of a high level tactical vest will only be a burden, particularly if the likelihood of attacks involving such weapons is low.

Not only can covert vests be worn comfortably beneath most clothing, but they can retain flexibility and regulate heat whilst being worn. Some covert vests can even be fitted with extra SAPI plates in order to give them an extra layer of protection, should there be a danger of a high level of ballistic threat at any given scenario.

Ideal in professional, covert security situations, covert bullet and stab proof vests allow bounty hunters to remain comfortable, cool and flexible whilst protecting both themselves and whoever they are with. Bounty hunters can walk freely around on their duty with an added layer of protection against certain types of ballistic fire and knives, but invisible to the naked eye.

In most cases, Overt armor can offer heavier level of protection and will help to protect solo bounty hunters that may come under multiple types of fire when moving in on a criminal target.

Overt vests and armor are available up to the maximum levels of protection against ballistic fire and knifes/blades that the NIJ regulate. They are often bulkier than covert vests and heavier, as they are engineered using various layers of Kevlar in order to disseminate gun fire or to trap a knife or edge blade weapon.

They can be fitted with SAPI plates and are often manufactured to be durable and hard standing through al weather conditions. They often have technology to either cool down or heat up the bounty hunters wearing them, this is so that they remain comfortable and protected across all environments.

or most bounty hunters wanting to remain hidden but safe when tracking down a potential criminal, a covert vest will often work out the best option. However, when clearly going to arrest the target and going in for the approach on a criminal suspect, overt armor may be a better option as it’s often heavier and can protect from higher powered weapons and knives.

It is up to the bounty hunter to thoroughly research their target and assess what kind of weapons that they are normally associated with before purchasing a specific bullet or stab proof vest for a job. As a busy bounty hunter, it’s definitely worth stocking up on a variety of vests within their protective inventory… These vests safe lives on a daily basis!

Chris Taylor is an expert writer for SafeGuard Armor, who provide a range of body armor, stab proof vests and other levels of protective clothing.

This article was written by an industry guest contributor. If you are interested in submitting a guest post or have an article suggestion, send an email to [email protected]